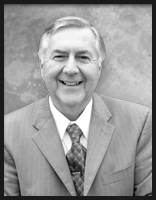 Pastor Ken Rogers lived in Pennsauken, New Jersey until he was graduated from Philadelphia College of Bible. He served as a youth sponsor at his home church, St. Paul’s Evangelical Lutheran, where he accepted Christ as his personal savior at a young age. He also served the Lord as Youth Director at Cinnaminson Baptist Church, Cinnaminson, New Jersey, while attending Bible College.

During his student days at Dallas Seminary he served as Youth Pastor at Maranatha Baptist Church in Dallas, Texas. His first pastorate was at Memorial Baptist Church in Chambers, Nebraska. He then pastured Berean Bible Church in Greene, New York for 10 years and is presently the Senior Pastor of Lewisville Bible Church (23 years).

He is involved in Fair and Rodeo Evangelism several weeks throughout the year including the outreach at the State Fair of Texas. He thoroughly enjoys teaching the Bible, encouraging believers, and reaching out to those who have not yet trusted Christ as Savior. His wife, Lou Ann, also trusted Christ as Savior at an early age, and together they have been blessed with two sons and two precious granddaughters. 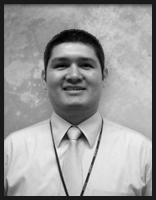 In July 2004 Rev. Wilfredo Ivan Landa became a full-time employee of Lewisville Bible Church and has been working here ever since that time. He serves as the pastor of Hispanic ministry for Lewisville Bible Church, fulfilling a great open door opportunity for our area. His desire is to equip and mature saints for the work of the ministry. Rev. Landa is a licensed and ordained minister and holds a B.A. degree in theology and missions from Rio Grande Bible Institute. He is married to his best friend Nuzmerida and they are proud parents of three precious children, Hanna, Abdiel, and Shaina. 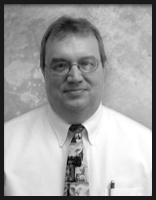 While spending twenty plus years in business, Don served the church as a lay leader as both Youth Director and Worship Leader. He also served on the board of Deacons and the Elder Board. However, after years in business, doors opened up and Don felt the calling of the Lord to serve in full time ministry. In 2002, Don left the business world and became the full time Youth Pastor and Worship Leader for Lewisville Bible Church.